Any list, no matter whether it is intended to or not, implies a hierarchy.  People generally seem to feel that things closer to the beginning of any list have a higher priority.  George Lawrence Stone's classic "Stick Control For The Snare Drummer" is easily the most widely used rudimental book.  It is also essentially a list of sticking combinations, or as Stone refers to them, "Single Beat Combinations".  That means that the section of the book with the highest priority, the first column, has become particularly important to many drummers practice routines.

Readers of this blog know that my personal favorite of the many fantastic methods using this first column comes from Alan Dawson, in John Ramsay's book "The Drummers Complete Vocabulary".  In a nutshell, this Dawson's method involves alternating between a line from the first column of "Stick Control" and groups of four, then eight, then sixteen notes on a hand.  Using this method means that your hands get very familiar with the first column of "Stick Control".

Something is missing
Recently while warming up with Dawson's method, I suddenly realized that something important was missing from the sequence in the first column of "Stick Control".  Having memorized this column years ago, it had been quite a while since I actually looked at the page, but when I opened the book it turned out that my sense that something was missing was correct.


Why does this matter?
Skipping over those inverted double strokes wouldn't matter if it was just a case of being logically inconsistent.  The reason this omission is an issue goes back to the way we use "Stick Control", and the nature of lists. 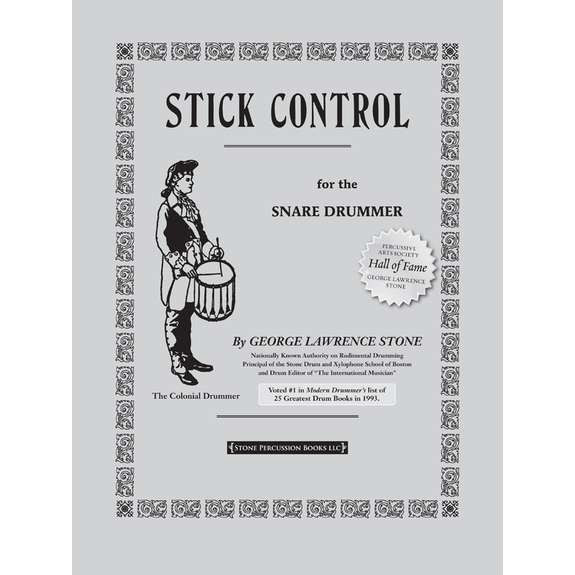 Pretty much everyone I know who practices out of "Stick Control", myself included, spends a disproportionate amount of time working on that first column.  After all, that first column is the top of the list, and represents the fundamental components of good rudimental technique.  If you look at the rest of the "Single Beat Combinations" after the first column, you can basically see them as elaborations and combinations of the material from the first column.

It is also true in my personal (and admittedly highly subjective) experience that inverted double strokes have a tremendous amount of practical application on the drums.  This is by no means an original observation.  If you just listen and watch pretty much any drummer in any context you are bound to find examples of these inverted double strokes popping up all over the place.

The heart of my argument here is that leaving the inverted double strokes out of the first column of "Stick Control" means that many drummers are going to be much less likely to practice them.  The result of this simple oversight is a tremendously valuable rudimental tool being somewhat obscured.  For that reason, I rewrote the first column of "Stick Control" as follows: